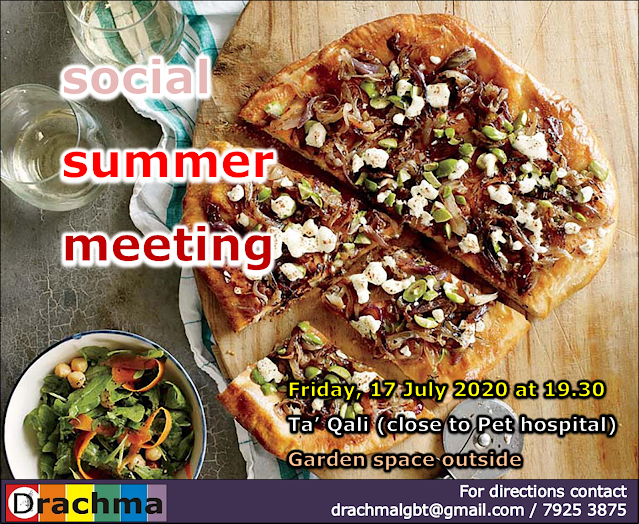 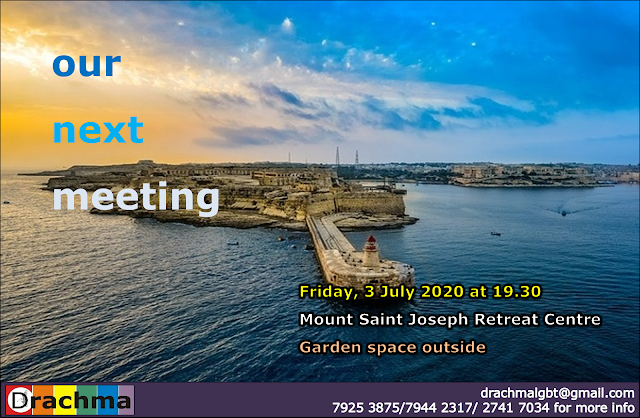 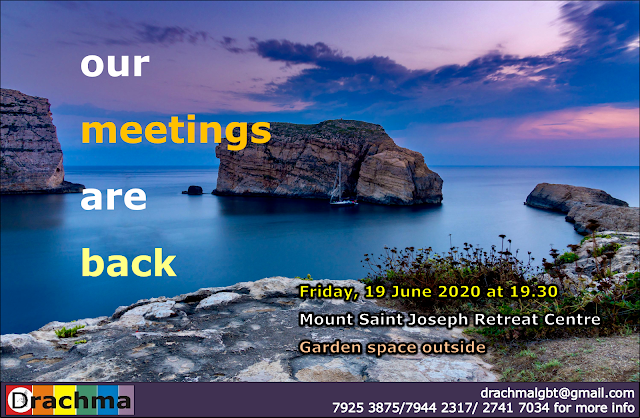 Following considerations about the current situation in Malta regarding Co-vid pandemic restrictions, the LGBTI Core Team has decided to organise its first tentative face-to-face LGBTI meeting this Friday, 19 June at 19.30 at Mount Saint Joseph Retreat House in Mosta.
The meeting will be held in the open spaces surrounding the Centre.
You are advised to bring your own masks and visors.
Posted by Drachma at 11:33 No comments:

Drachma Parents' response to the actions by the Archbishop of Detroit 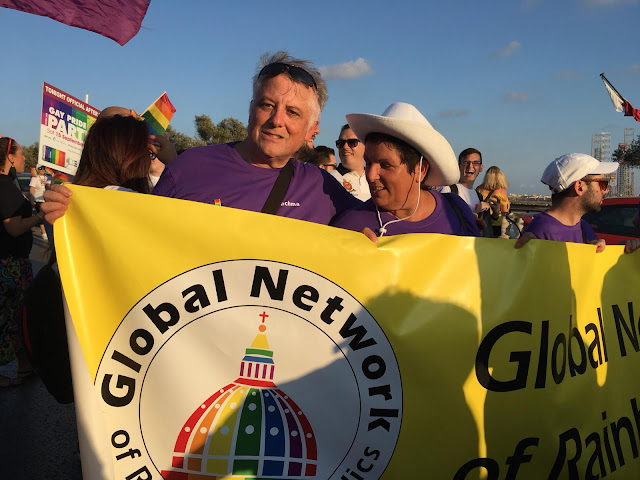 We are an international group of Parents who happen to have children who are also gay, lesbian, bisexual, trans or intersex – as well as God’s precious gift to our families.  We are indebted to our children who have helped us move out of the safety of ‘a closed church’ to a wider sense of ‘community at the periphery’, where Jesus urges us to live and to serve.

After having learned of the discriminatory way in which Dignity USA and more recently also Fortunate Families have been brushed away from serving within the Archdiocese of Detroit, we feel compelled to speak out to show solidarity and stand in their defense.  We are appalled to note how they have been stopped from meeting in any parish church or any other place within the confines of the archdiocese, so heartlessly.

We are co-founders of the Global Network of Rainbow Catholics (GNRC) and of the European Network of Parents of LGBTI+ Persons (ENP) as well as Drachma Parents’ Group, Malta. We find that Catholic LGBTI+ persons and their families have been side-lined for far too long, by church officials and ecclesial authorities.  We stand in solidarity with all those initiatives that are aimed at strengthening family bonds and improving dialogue between LGBTI+ fronts and ecclesial settings, despite the incessant discrimination often sadly experienced.  We stand side by side with all parents who, like us, are overwhelmed when hearing such insensitive language as that emerging from Detroit’s Archbishop, as though there was a one size fits all.  It is clear that not all LGBTI+ persons feel they are called to live celibate lives until death.  The very fruitfulness of the person is not guaranteed by mere celibacy - there is so much more to it!

To give oneself to God is an expression of one’s uniqueness - one’s five loaves and two fish.  They may seem insignificant in a sea of multiple needs, deep hunger and parched thirst.  Yet they are the gifts we bring that Jesus blesses and multiplies, to feed his many followers.  Parents’ organisations such as Dignity, Fortunate Families, GNRC, ENP, Drachma Malta and others like us, are indeed offering our five loaves and two fish, in the hope that God’s grace would bring forth a bounty of richness to the rest of the Church.

As Mother Church, it makes no sense to tell any of her children that they are not welcome - it only enforces suffering to an already damaged relationship.  It sounds just as bizarre as expecting one child to stay away from the dinner table simply because of being somewhat different to the rest of the children. It sounds just as merciless as being like those parents seated at the dinner table with only some of their children - while knowingly keeping their other children clear away - how could they ever enjoy a proper family meal, unless they were ALL gathered together?

Our baptism is a common heritage.  We all have a seat at the table, no matter what bishops may say.  But it is so painful to witness the sheer audacity of some who believe the church is solely their property. Some, who select sinfulness merely on the basis of one’s sexuality. There is a sad irony about this incident. Some people oppose homosexuals for being different, often citing biblical texts to justify their position. When done in the name of religion by religious people, this smells of the sin of Sodom: it is the sin of inhospitality and non-acceptance of people one perceives as strangers and does not feel comfortable with. It is a sin that the Bible condemns repeatedly.

Diversity is part of God’s colourful creation and if we are unable to stand in awe of all that is different and see it also as beautiful and God-made, then we are victims of a tunnel vision and not a vision where ‘all things are made new’, as the Spirit of God promises.

We are all called to holiness and to being prophetic witnesses while integrating faith with life reality.  We are all equally invited to identify with Jesus who ate with sinners; looking out for those society pushes towards the periphery; and accompanying those who are walking away like the disciples of Emmaus who had lost hope.  Our LGBTI+ children form part of the Body of Christ no less than our bishops and clergy.  They have a vocation in the church and their gifts and qualities are as precious as those five loaves and two fishes of the young boy in the miracle. It may have seemed insignificant at the time for Philip to inform Jesus of the boy’s offering. Yet Jesus was able to bless and transform that humble offering, transforming it into a providential bounty, that fed the multitude that were hungry, and there was still some more left over.

Why is it so difficult to welcome LGBTI families who are willing to bring some of their life-giving morsels to share with the rest of the community? The Church needs persons like that young boy. Upon Jesus’ command, and the breaking of that tiny offering, the thousands were fed.

This is the community Jesus claims as His Church.  This is a Eucharistic people of God.

No, Fortunate Families must not disband! They require our full support instead. 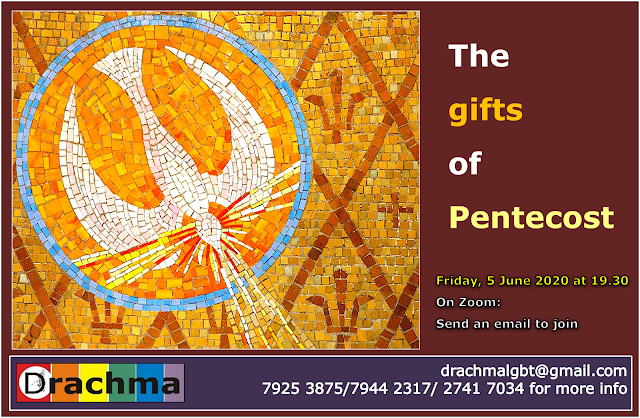 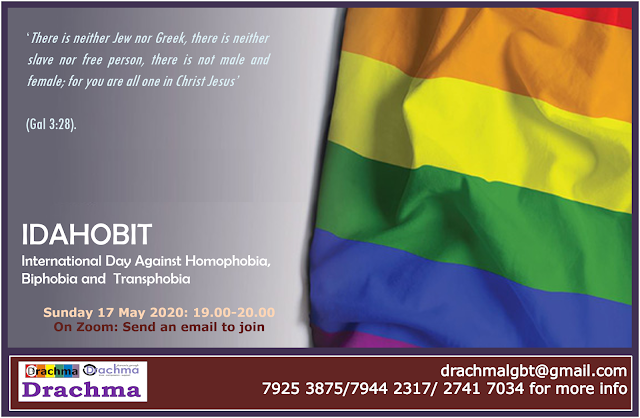 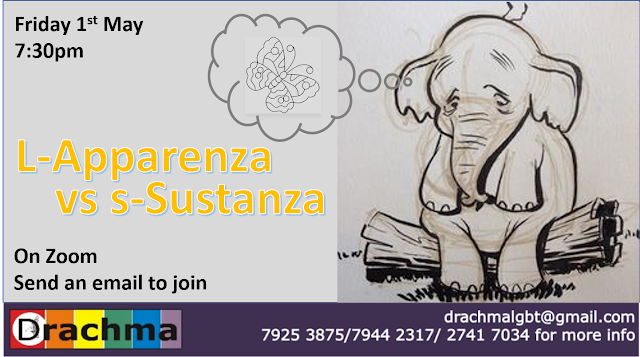 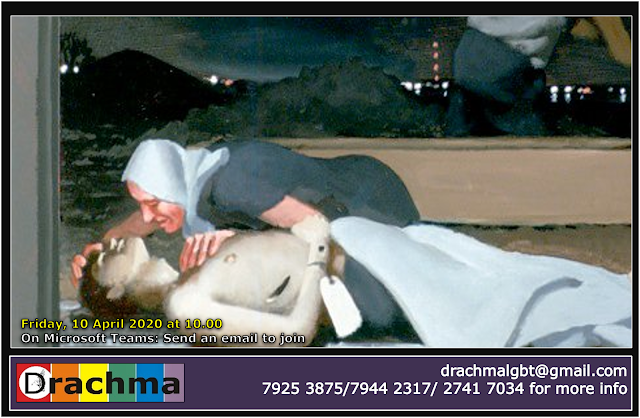 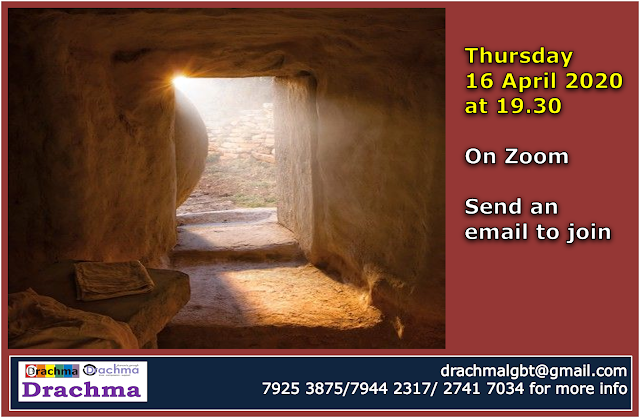 We would like to invite LGBTI, parents, families and friends for our Easter celebration on Thursday 16 April at 19.30.

We will be sharing reflections and positive messages for Easter time and will replace the Easter Mass we usually hold in the week after Easter.

In the circumstances, an online meeting will have to be the way we meet and do a 'Get Together' as a community. The meeting will take one hour.

To join send an email to drachmalgbt@gmail.com
Posted by Drachma at 12:17 No comments:

LGBTI meeting - Feast of Our Lady of Sorrows - On Skype 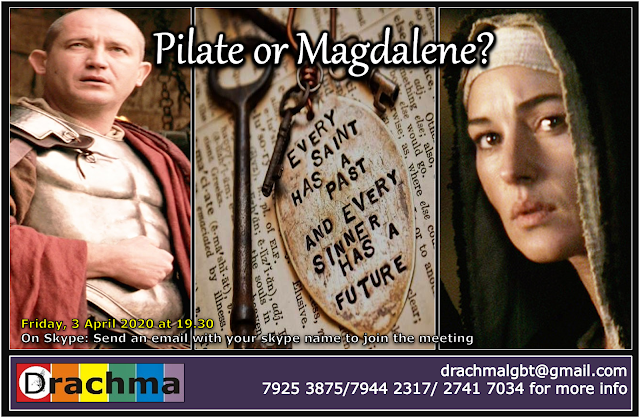 ONLINE MEETINGS INSTEAD OF PHYSICAL MEETINGS 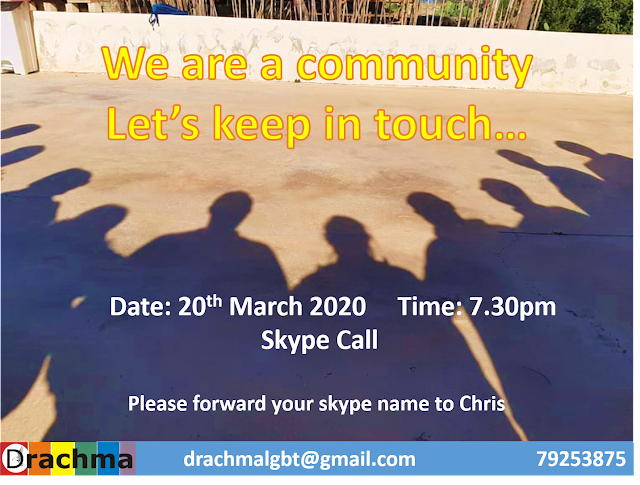 In the extraordinary circumstances we are living in, we cannot meet physically and face-to-face. This is not to say that we cannot meet at all. We are lucky that we live in a time when there exist new technology that allow online meetings, where we can hear each other and keep in touch. Most of us are already on the Facebook Chat. For this reason, the Steering Committee is proposing to keep holding the LGBTI meetings using Skype and Whatsapp.

We will be holding our first meeting this Friday at 7.30pm using both Skype and Whatsapp.
If you can download Skype (https://www.skype.com/en/get-skype/)  please do so and once you register and create a Skype name, please send it to us by email to drachmalgbt@gmail.com.
For those who cannot add Skype, we will try to get in contact with you nonetheless using whatsapp. We however would need your phone number. Just send it privately by email.

We look forward to keeping in touch!

Stay safe and keep in touch!
Posted by Drachma at 19:40 No comments: