The GNRC declares: “Gender Identity is not a social trend or a sin against God” 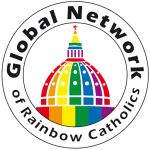 
August 4, 2016. The Global Network of Rainbow Catholics laments the recent words of Pope Francis relating to gender identity and its teaching in schools. Transgender and intersex (TI) persons, same as gays, lesbians and bisexual people, do not choose their gender identity, yet the Pope suggests that young people should not be taught this in schools. Gender identity is discovered, not chosen. If schools were teaching that gender is a choice, then indeed, the curriculum would have to be changed.
GNRC especially regrets the lack of empathy in the Pope’s comments, when he mentioned Benedict XVI´s verdict that “we are living in an age of sin against God the Creator”, in reference to a conversation they previously had on gender issues. Such a statement, related to transgender and intersex people, does not express God´s love for those people, Catholic or not, who are usually and constantly questioned by the society, the Church and their families, for being whom they are. It might even be seen as reinforcing the condemnation and bullying of TI people, even though the Pope surely did not intend it to be so.

When the Pope makes references to the erroneous concept of “gender ideology”, he creates confusion and misunderstanding inside and outside the Church. The hard work and efforts towards the inclusion in society of TI people, transsexual and intersex, in school education programs on gender identity, are not part of a postmodern trend or a biased lobby that searches to review the traditional teachings of the Church or break the fabric of society. The TI reality has been a part of humanity´s history from the beginning; evidenced in artistic, literary and numerous other representations in many cultures and religions around the world, whether Christian or not, e.g. America/Polynesia and the Southeast Asia. The major difference is the current available research and evidence, based on serious biological, psychological and psychiatric studies, supports acceptance that a person´s gender identity might differ from his or her biological sex at birth.

We understand the big advances and signals shown by Pope Francis, regarding visibility and acceptance for Lesbian, Gay and Bisexual Catholics, in the Church. Sadly, TI Catholics (Transsexual and Intersex), and their families have not yet received the same treatment – despite the Pope’s recent meeting with a transsexual person from Spain. The Pope has also found more moderate language on gender theories in his recent apostolic exhortation “The Joy of Love” (Amoris Laetitia).

To consider that inclusive educational policies will make young people believe “that everyone could choose their own sex”, is an erroneous reading and understanding of scientific evidence and interpretation of what TI people, especially TI Catholics, desire to achieve. Bullying, depression and suicide, especially teenage suicide is tragically high among transsexual persons (40% higher compared to other teenagers of their own age). Therefore, addressing this topic in schools has to be the very place to attempt to protect young, vulnerable lives. Messages like the one released recently by the Vatican, not only add pain and isolation of TI Catholics, reinforce prejudices and discrimination, in countries or regions, where the Church has sometimes even supported or been a silent witness to the persecution and criminalization of LGBTI people and their families.

We earnestly hope and pray that the Church will show better understanding and more respect towards TI people. We also wish to express our readiness to support the Church in this process. We willingly offer to share real life stories and testimony of transgender and intersex Catholics and their families. They will inform and advise us about their faith, lives, identity, suffering and hope, all in the spirit of the Pope’s Apostolic Exhortation.

GNRC very much appreciated when the Pope mentioned, during the World Youth Day, the plight of the poor and the immigrants, inside and outside the Church. In a similar vein, we would like to recall that the Church is the House for Everybody and this includes our transsexual and intersex siblings in Faith. We are all on the same search for recognition, inclusion and justice in our Church. We walk the same path for a more truthful merger between our faith and our sexual orientation and/or gender identity.

The Global Network of Rainbow Catholics (GNRC) brings together organizations and individuals who work for pastoral care and justice for lesbian, gay, bisexual, trans, questioning, and intersex (LGBTI) people and their families. The Network works for inclusion, dignity and equality of this community in the Roman Catholic Church and society. The GNRC was founded in October 2015 at the Rome conference, “Ways of Love”, with 80 participants from 30 countries. To date, the GNRC represents 25 groups of LGBTQI Catholics, their families and friends from all continents including Drachma (Drachma LGBTI and Drachma Parents Group).