On the right to family and civil unions for LGBTIQ+ persons 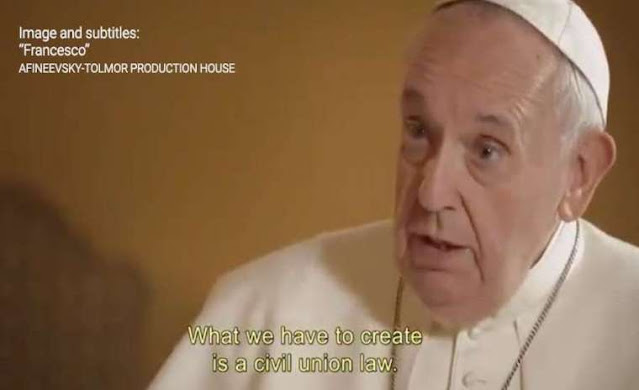 On the right to family and civil unions for

Last Wednesday 21st October, Pope Francis made the headlines once again with the comments he made in the new documentary Francesco. The Pope seems to have acknowledged the right of LGBTI people to family life, and showed support for the legalisation of civil unions.

There have been mixed reactions to these comments. To some they seem ground-breaking making him the first Pontiff to have made such a public endorsement; to others they are just nice words not yet reflected in official church teaching; to most he said nothing really ‘new’. The Catechism and a number of Church institutions (including the Congregation of Doctrine and Faith - CDF) had previously made statements against discrimination, while a number of Church leaders, including Malta’s Archbishop Scicluna had, in 2014, recognised the need to legalise civil unions. To others, he has overstepped his authority by making these statements.

It is difficult to sum up the various perspectives and analyse them properly in a short article. Let me try and make a few observations that reflect the experience of my own community, Drachma LGBTI and Drachma Parents, which support LGBTIQ+ persons and parents of LGBTIQ+ persons in their journeys of self-acceptance, and spiritual and sexual integration, as well as the nurturing of family dynamics. I will also be tapping into my own lived experience as a married man since 2018 with my husband Tyrone.

The Pope speaks about the right of LGBTIQ+ people to family life. It is difficult to really understand what the Pope means by family life. His initial words seem to imply the family of origin, in which one is born. It would make sense understanding it that way, because LGBTIQ+ people do not deserve to be expelled by their families, but should rather find a loving communion of parents and siblings that love, accept and support them. The Pope had already said this on other occasions when he met parents of LGBTIQ+ persons. His reference to civil unions seems to refer to the LGBTIQ+ persons’ family of choice, one which is the result of a choice for a specific life partner. In this respect, he seems to understand the need for the State to protect LGBTIQ+ couples from discrimination and unjust persecution through the legal security of a civil union. Could this be a departure from the approach taken in the 1992 statement by the CDF (Art. 15-16) that clearly warns against recognising same-sex units as ‘families’? Pope Francis’ support of civil unions implies that LGBTIQ+ relationships are not inherently immoral but are worthy of a legal structure to sustain them in their development.

The experience of Drachma Parents has taught me about the importance of acceptance by the family of origin. The love, respect and embrace one receives from the family can allow an LGBTIQ person to grow as a dignified human being who can also love and become a fruitful person in the Church and society. My own experience as a married man is to also consider my own relationship as a family, like all other families, with or without children. The fruitfulness of a family cannot be calculated by the number of children, or the gender of the couple unit, but by the respect, fidelity, sense of sacrifice and perseverance present within that family. A family unit that celebrates, protects and embraces a person’s dignity is what a family should do.

The Pope still continues to use the ‘ugly’ term ‘homosexual’, which incidentally only the Church and some right-wing conservative groups still use. It denotes a meaning that is ‘narrow’ and ‘derogatory’, or which at best still considers LGBTIQ+ people a ‘problem’. Such derogation encourages negative comments commonly used publicly to insult LGBTI people.  It reflects a wider continuity with Church understanding on LGBTIQ+ people and what is still perceived to be a ‘lifestyle’, or worse still, as an ephemeral fashion trend. Nonetheless, the Pope’s approach has always been rooted in humane terms, with an emphasis on spiritual accompaniment of people in their life journeys. His words and gestures towards LGBTIQ+ persons have given hope to many still struggling to integrate their spirituality and sexuality.

Pope Francis steered clear of the polemic of marriage. In that respect, there is nothing new in what he says. The Church continues to distinguish between heterosexual couples and all others, on the basis of so-called gender complementarity and the biological openness to life. The local Church and the Church in Rome has consistently made that point. Meanwhile, living as I do in a same-sex marriage, I see very little difference in the real life dynamics from straight couples: the same challenges, yearnings and the same love. Our relationships are equally enriching, life-giving and fruitful. We may not be biologically open to life in a ‘normal’ manner. But, there is more to marriage, than merely being able to ‘make’ children, as Pope Francis makes clear in Amoris Laetitia Chapter 5 when he speaks about ‘Love made fruitful’. The Church can celebrate our fidelity, commitment and fruitfulness as much as it celebrates these qualities for heterosexual unions. If only the Church were to appreciate the treasure it holds in clay jars!