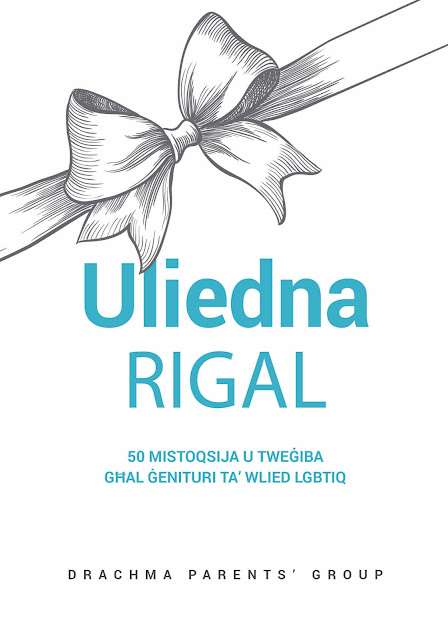 One way to sensitise the local community on the incidence of violence and homophobia, biphobia and transphobia has been through the organisation of this annual event, which raises the awareness of the hidden forms of discrimination and phobia lurking in the shadows of family and social life. It is also an opportunity to show solidarity with victims the world over. This event has been organised worldwide from 2004 and Drachma has also used this event to highlight the need for social justice and inclusion, while remembering the multiple silent victims of homophobia. As has already been noted earlier in this report, the memorial of IDAHO for this year also coincided with the launch of the Drachma Parents’ Group publication Uliedna Rigal.

The celebration was hosted at the University Chapel and it was attended by a large audience that included, among others, H. E. Marie-Louise Coleiro Preca, President of Malta, and the Archbishop’s Delegate, Mgr. Charles Cordina. 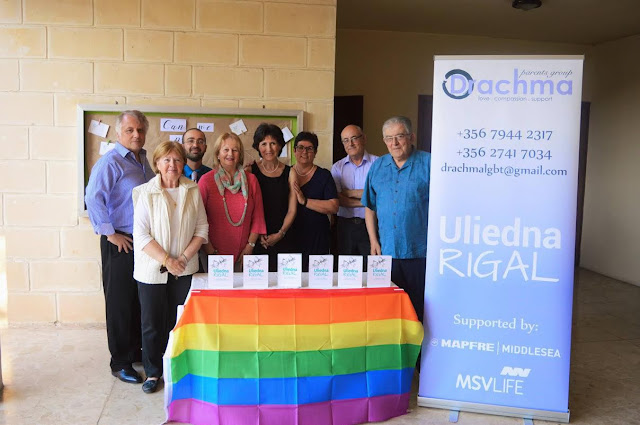 The programme included the sharing of a testimony by the Parent member Louisa Grech, as well as speeches by Dr Clarissa Sammut Scerri, Acting Head of Department of Family Studies at the Faculty of Wellbeing, University of Malta, and the President of Malta. Chris Vella and Joseanne Peregin delivered short speeches during the ceremony. There was also a short reflective moment of prayer and recollection. The occasion received a good press coverage with most of the newspapers including a short report on the event, while NET and RTK also invited Joseanne Peregin for short interviews related to the book. 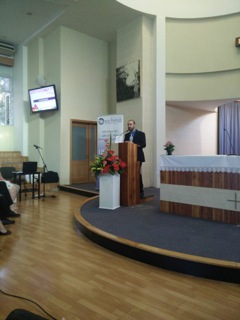 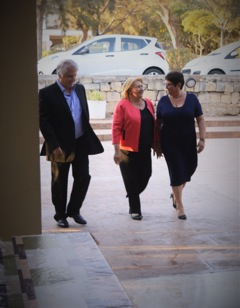 
For the past eight years, the Group had come in contact with several parents and over the years, a wealth of experiences had accumulated. Parents noted common trends and patterns in their narratives and the obvious question that most asked: how can we pass on this experience to other parents? How can we be a sign of hope? Moreover, the Core Team was aware that no publication in Maltese existed that dealt in detail on this reality and several parents, educators and professionals find themselves in limbo. This was particularly true and most urgent in the case of vulnerable parents and LGBTIQ youth facing lack of acceptance within their homes. Work started in earnest in 2015, and after a long process of collecting information, narratives and stories from among Parent and LGBTI members of Drachma itself, the book Uliedna Rigal started taking shape. The editorial team were ably coordinated by Carmel and Carmen Conti who painstakingly ensured that the publication met professional standards. The book consists of 50 questions and answers (the most likely asked by most parents) intersected with personal testimonies of LGBTI and Parents. The book, which was published by Horizons for the price of 10 Euro, was sold in major bookshops in Malta. There was such a demand for the book that the original first print of 500 books was not enough and a reprint of a further 200 had to be made. It is worth noting that Archbishop Scicluna also bought a hundred copies of the publication to give to the parish priests in Malta. Horizons also donated 157 copies to Drachma.


Drachma also presented the book to Maltese civil authorities. On Thursday 5 June 2016, a Drachma delegation composed of Joseanne Peregin, Chris Vella and Stephanie Galea presented a copy of the book to the Prime Minister Dr Joseph Muscat, and to Ministers Hon. Helena Dalli, Minister for Social Dialogue and Hon. Evarist Bartolo, Minister of Education at Auberge de Castille. On the same day in the afternoon, Joseanne and Chris presented a copy of the book to Dr Simon Busuttil, Leader of the Opposition, Hon. Clyde Puli, Shadow Minister for Social Dialogue and Mr Alex Mangion at PN Headquarters in Pieta’. On the 13 July 2016, the book was presented to Alternattiva Demokratika Secretary General Mr Ralph Cassar in Attard. 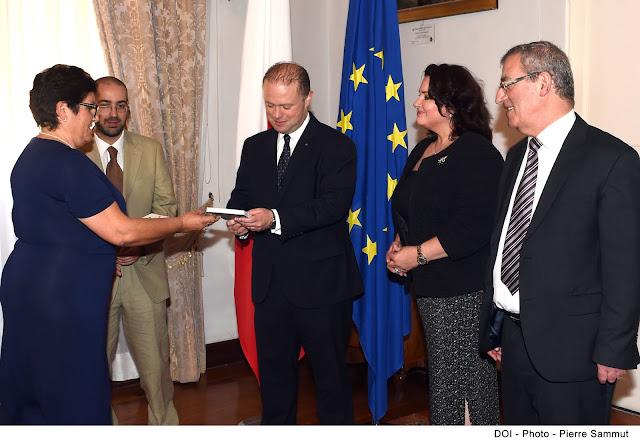 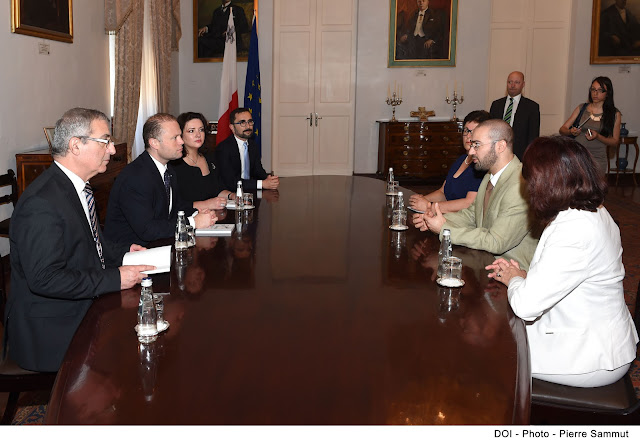 The book was also presented to the ecclesiastical authorities. Chris and Joseanne presented the book to Mgr Mario Grech, Bishop of Gozo and President of the Maltese Episcopal Conference on Thursday, 23 June at the Gozo Seminary. Archbishop Scicluna received the Drachma delegation composed of Joseanne, Chris, Stephanie Galea, Ramona and Josef Camilleri, the following day on Friday 24 June at the Curia in Floriana. With all these authorities, there was a very cordial and long conversation on the changes in the local socio-religious and cultural landscape and what are the main areas of concern that need to be addressed, including education, HIV prevention and genuine respect for difference, particularly gender diversity. 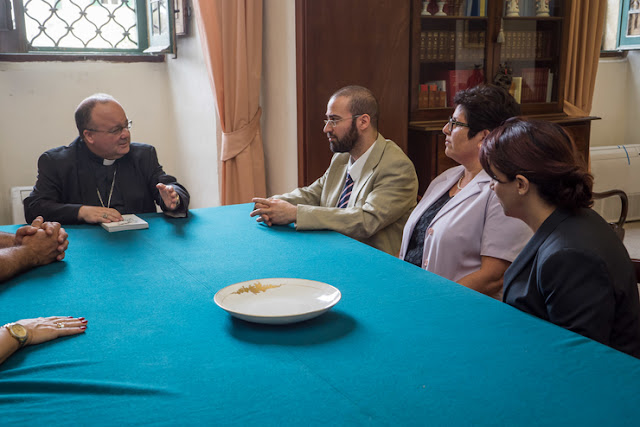