Now a renowned performance artist and gay activist who will be visiting Malta with a show – intriguingly entitled Jesus Had Two Daddies – next week, Peterson Toscano speaks to us about how he once felt the need to ‘expunge’ his sexuality through ‘reparative therapy’, his relationship to faith and the healing power of comedy… 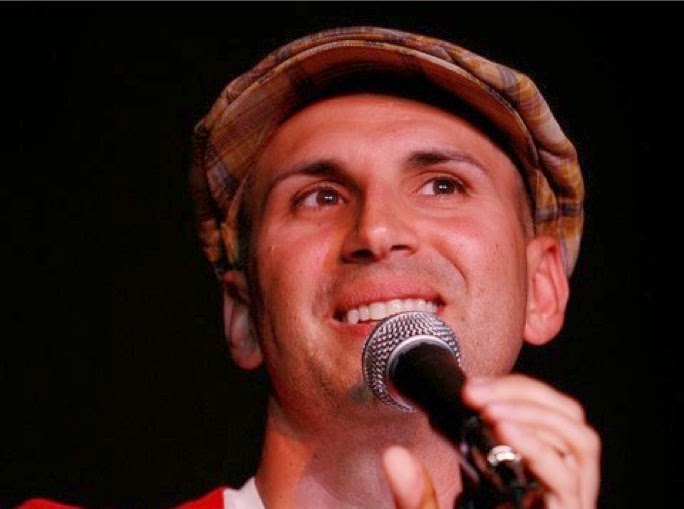 What are some of the most important moments of realisation that you've experienced ever since you've become aware of your sexuality? What led you to undergo 'reparative therapy', and at what point did you realise that it just wasn't for you (or, indeed, for anybody)?

I believe in large part I pursued reparative therapy - unscientific methods designed to destroy the gay part of me and make me more masculine - because I truly believed I would be more valuable to the world if I were heterosexual. The messages I heard in church, at home, in the media, and on the playground all reinforced the idea that heterosexuality was superior to anything else and anyone who deviated from it would be punished in one way or another. In many ways I was a coward, afraid to face the consequences of being honest about who I was.

Added to the mix was the HIV/AIDS crisis in NYC only 120 km from my childhood home. But through the years, (over 17 years of submitting to reparative therapy,) I became quite ill. Depressed, suicidal, self-hating, and despairing. It affected my relationships and my faith.

I am very pleased to come to Malta as a witness who has also met thousands of other people who also went down the dangerous 'ex-gay' path, who only after accepting ourselves, have found the stability and peace we craved.

I am aware that in Malta reparative therapy is still promoted, perhaps even by well-meaning people who simply do not understand the devastating results that most often come from these debunked methods. I care about this issue and have followed this story in Malta over the past year.

We need to have an adult conversation about why people pursue or push these fake therapies designed to de-gay people and the dire long-term consequences that often come from them. We also need to hear the stories of lesbian, gay, bisexual, and transgender people who live full rich lives, or in some cases very boring normal lives like mine with my husband Glen and our two cats, to understand that our experiences are very human experiences that enrich the world.

Why did you choose to tackle your experience through humour?

Some stories are so awful that the best way to explore them is through humor. I find that comedy can aid in trauma work, and to be honest, my experience of trying to go straight for Jesus was traumatic, psychologically and emotionally. In using humor I find I can actually take myself and my audience deep into and experience that was truly absurd and reveal the terrifying part of it. Also, I believe it is true that a person demonstrates he has power over something when he can at last see the humor in it. Ultimately mine is not a funny story, but to tell it straight would be so painful it would likely traumatize me and my audience. Who wants that?

Which of the Bible stories will you be 'unpacking' for the audience during Jesus Had Two Daddies?

Those who know the Bible are shocked to see how very close I stick to the texts. Fortunately, I know the Bible well, including many of the off-the-wall stories that often get overlooked because theologians and ministers have no idea what to do with them. So often the best thing is to just tell the story as is without much commentary. When I first began writing the play, it was not my intention to take on salacious material, but it turns out most of the Bible stories I tell in Jesus Had Two Daddies have something to do with bloody genitals. Chapter five of St Mark's gospel contains the story of a woman with long-term, severe vaginal bleeding that goes well beyond her monthly period. Added to her problem she lived in a society that marginalised bleeding women. She remained in a perpetual state of uncleanness - an untouchable.

I also tell a story about Moses and his family from the book of Exodus, perhaps my favourite Bible story, which includes a flying bloody foreskin in a tale that makes any modern Xtreme Sporting event look tame. I showcase these stories of people's bodies and their genitals in the Bible, revealing their humanity and ours. I will also reveal some of my scholarship about gender non-conforming and transgender Bible characters. I know that transgender people are often the most marginalised and least understood in society, even by gays and lesbians. I would love for transgender Maltese to come to my show and hear ancient stories that mirror modern transgender lives.

In Jesus Had Two Daddies I also weave in stories from my own life from when I fought so hard to be straight. Added to this I recreate some of the prayers I prayed through the years including the one I prayed the day I married a woman, then another two years later when my wife and I believed evil spirits had invaded our New York City apartment in order to destroy our teetering marriage. The play becomes a tapestry of human tragedy and triumph both in the scripture and in real life with lots of surprises. No doubt the Bible storytelling will be edgy, but perhaps what is most disturbing is that I am not making anything up.

Are you looking forward to the challenge of performing in what is essentially a conservative, Catholic island (especially when it comes to certain issues)?

I'm thrilled to return to Malta and to do a show, that while truly controversial, it also invites people to think and feel and reason together. I always make adjustments for every audience, in fact, my shows are often audience driven. Sadly I felt I needed to cut out some parts of my show for Malta because these few moments might be so controversial they would ultimately distract people. During the Q&A I hope to talk a little about what I cut and why. Maybe I am being too cautious, but my goal is not to offend, but to engage. The artist in me would love to do the whole presentation, but the activist in me realizes that a deeper, on-going discussion about human rights here in Malta is more important than my own artistic vision.

Do you believe that Christianity and homosexuality can be reconciled?

You can ask that same question for many issues where there appears to be a conflict between and ancient and modern world view. Do you believe that Christianity and the liberation of women can be reconciled? What about the abolition of the slave trade? How about credit card debt? And what does the Bible say about the relationship I have with my husband, Glen, the commitment and mutual support we share, caring for each other when we are sick or sad or hungry? I think about the book of Genesis when God gave Adam the opportunity to choose a partner from of all of creation because it was not good for man to be alone. Adam chose Eve, the only other human available in that story. I am fortunate that I have a broader selection of humans to consider, and I have found a wonderful man, and together we are building a life of love and art and spirituality. There is nothing to reconcile in regards to ancient Biblical texts and my marriage to Glen because no one writing those texts actually addressed our situation. But what if a writer of the Bible did condemn two men or women in a committed relationship? Why do we look to a Bronze-aged text to determine how to live our modern lives, a text that contains troubling passages in support of slavery, genocide, and the silencing of women?

What do you hope that people will get out of the show - whether they're struggling through the same challenges you address or not?

As an artist, I hope that people who attend my show each come away with their own thing. I am not a preacher with a single, clear message. I raise more questions than I answer because I respect the intellect of those who come to my performances. Of course I want them to leave entertained, stimulated, challenged, and encouraged, but it will be different for each audience member.

Like my Italian-American mother in the restaurant she ran in New York for so many years, I seek to serve a full, rich, complex, satisfying meal to those who come to my table.

Email ThisBlogThis!Share to TwitterShare to FacebookShare to Pinterest
Labels: Media