HISTORIC DAY FOR MALTA - LEGALISATION OF CIVIL UNIONS IN MALTA

Yesterday was a historic day for Malta, as the Maltese Parliament voted to legalise civil unions in Malta. This allows for same sex and heterosexual couples to opt for a civil union, that to all intents and purposes imposes all legal rights and obligations of marriage on those contracting a civil union. So, literally, civil unions on a par with marriage.

The journey has been a very long one. The struggle started many years ago, when the Malta Gay Rights Movement (MGRM) spearheaded a campaign for gay rights in Malta attracting ridicule, criticism and homophobic rhetoric across. Last year, the Labour Party (PL) was elected with an overwhelming majority and high up on its agenda was the issue of gay rights. The government formed an LGBT consultative council made up of representatives of LGBTI and civil society NGOs, including MGRM, WE ARE, Drachma LGBTI and Drachma Parents. Drachma was represented by 4 members, 2 LGBTI members and 2 parents.

Last September, the Minister for Social Dialogue Hon. Helena Dalli presented the Bill for the Legalisation of Civil Unions in Parliament. A lengthy parliamentary debate in three sittings was held over many, many months, including  intense debating in the Parliamentary Committee for Social Affairs. The major stumbling block was the clause in the Bill that gave gay couples the right to apply to the adoption board for the adoption of children. At the moment the law allows individual persons (including gay people) to apply for adoption, but does not allow gay couples to adopt. The Nationalist (PN) opposition was staunchly against gay adoption, even though Professor Angela Abela, the Head of Department on Family Affairs at the University of Malta presented academic literature on the subject showing that most of the alleged fears on the subject were not backed by any serious academic research. 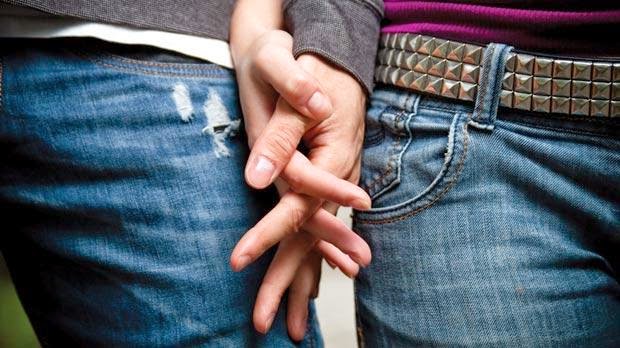 Yesterday, the third and final reading of the Bill was held in Parliament and an intense debate followed. Incidentally another Bill presented by the Opposition outlawing discrimination on the basis of Sexual Orientation was also presented. The latter was approved unanimously. However, the Civil Unions Bill passed with a government majority, while the Nationalist Opposition abstained en-bloc. The Nationalist Opposition explained that they agreed with Civil Unions in principle but had an issue with gay adoptions, observing that Maltese society was not yet prepared for such a big step forward.

Following the vote, there was a big street party in the Palace Square, addressed by the Prime Minister, Dr Joseph Muscat, Minister Dalli, Gabi Calleja (President - MGRM) and Cyrus Engerer (President LGBT Consultative Council). The party was attended by over a 1000 gay people and also gay friendly people. There was also the US ambassador in attendance. It was probably the largest LGBT manifestation in Malta ever to be held.

The reaction of the Catholic Church in Malta was a mixed one. On one hand, the spokesman (Mgr. Charles Scicluna, Auxiliary Bishop of Malta and former Vatican Chief Prosecutor) acknowledged that Civil Unions had many good points especially in protecting gay people. However, he reiterated the official Church position on gay adoption: that the rights of the child should come first and that gay families might not be in the best interest of the child. A Protestant evangelical group Rivers of Love led by Rev. Gordon Manche had in the previous weeks condemned civil unions and even signed a petition (allegedly signed by 10,000 people) against the Bill. On the other hand, an online petition in favour of civil unions also collected 10,000 signatures.

Drachma LGBTI and Drachma Parents Group were part of this process and we are elated that finally this important historical milestone has been reached. The Drachma Community is also celebrating ten years from its inception in 2004.

Here are some links to local newspapers on this issue: