Press Statement regarding the Bishops’ Synod currently being held in Rome, October 2014

Drachma (Drachma LGBTI and Drachma Parents Group) welcomes the positive developments in the Catholic Church, especially regarding the Synod of Bishops currently being held in Rome. Drachma, as well as the European Forum of Christian LGBT groups (to which Drachma is affiliated), acknowledge that in the Relatio (the provisional document of the Synod) there is a welcoming change in the tone, language and terminology used that possibly reflects a change in the hierarchy’s attitude towards LGBTI persons, their relationships and towards children of same-sex families.  It is indeed promising that the Relatio refrains from using the usual language of ‘sin’ and ‘intrinsic disorder’ but rather attempts to understand these realities with greater sensitivity and with a genuine respect for LGBTI persons. We appreciate that for the first time, the Church hierarchy is recognising the valuable gifts and qualities that LGBTI people bring to the Church and to the Christian community. The Synod is finally recognising the intrinsic value of the mutual love, self-sacrifice, and care LGBTI persons are able to give in same-sex relationships. It is also positive that the Church finally understands the need of more ‘human’ pastoral ministry with gay persons and their families. 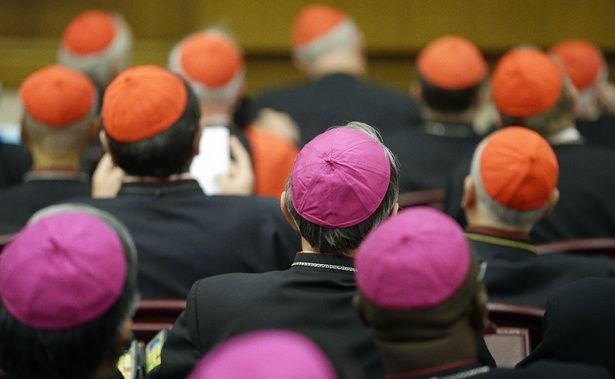 Drachma appreciates the valuable contributions made by Bishop Mario Grech during the Synod. We warmly remember the number of heart-to-heart meetings with the Maltese Bishops during this last year. We appreciated that during these meetings, the bishops were keen to listen to the sincere experiences of many gay persons who are struggling to integrate their sexuality and spirituality. They listened to parents of gay persons who also go through considerable suffering.  We recall Bishop Scicluna’s participation during Drachma’s celebration of the International Day against Homophobia held last May. At the same time, we also acknowledge and appreciate the courageous and humane spirit reverberating so strongly in Mgr. Grech’s speech last week. His speech acknowledged the same spirit, compassion and humanity contained in a letter that Drachma Parents presented to the Bishop in February 2014, with suggestions for the Synod. We are sure that these meetings with the bishops have been fruitful and will continue to help the Church in Malta become a pioneer in this field, especially by becoming a more welcoming space for gay people. We look forward to an age when all persons, irrespective of their sexual orientation or gender identity, can feel at home in our churches and parishes and are empowered to become more pastorally involved in these same communities.

Earlier this month, Drachma participated in an international conference held in Rome organised by the European Forum of LGBT Christian groups. The Conference ‘Ways of Love’ included many internationally recognised speakers, including James Alison who is a renowned Catholic theologian who has written several books on LGBTI spirituality. We are pleased to inform the public that Drachma will be hosting James Alison in November 2014 (26-29 November 2014). In this conference, a Maltese mother of an LGBTI person, who is also co-founder and coordinator of Drachma Parents, was one of the keynote speakers. She shared with the Conference participants her own personal experience as a Catholic mother, concluding with a strong message of empathy and courage to so many parents to love their children unconditionally, including their LGBTI children. 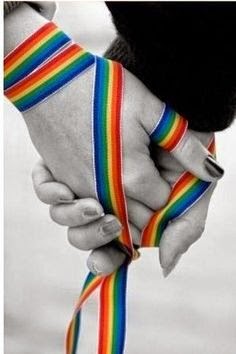 At the same time, Drachma and the European Forum note with concern that the Relatio also continues to deliver ambivalent messages, in particular with the use of the new fundamentalist slogan of ‘gender ideology’ that clearly is not helpful when dealing with LGBTI issues. It is also very disappointing that the issue of criminalisation of homosexuality in many countries (especially Africa but not only) is not mentioned at all, even though there are several countries that persecute and even kill LGBTI persons because of their sexual orientation. The church should refrain from sending mixed messages and become a true defender of the human rights of all people, including LGBTI persons. We know that unfortunately there are several bishops and priests who have promoted hate speech and supported criminalisation bills in many countries. Putting pressure on them in the form of public critique by the Church is a question of justice and care for the marginalised people in these countries.

Drachma appreciates the significant step taken by the hierarchy to discern more sensitively the role and place of LGBTI people in the Church. Yet, it is worthwhile to note that the same Holy Spirit that is now guiding the bishops has long been working at the roots of the Christian community inspiring many individuals and communities, to realise the evil of discrimination and induce them to work in favour of so many emarginated people within this mystical Body of Christ. We must acknowledge the incessant work of so many individuals, theologians, pastors, LGBTI organisations and so many LGBTI persons who have been living this challenge on a daily basis to integrate healthily their sexuality and spirituality through living out intimate relationships and this too, we feel, is a sign of the dynamic action of the Holy Spirit who is ever present in our midst.

We also understand that the Relatio is only a working document for the Synod that still needs to be discussed at great length by the Synod Fathers in small groups, and the discussion will continue during the next year and will only be concluded in the Bishops’ Ordinary Synod held in October 2015. A lot can happen and a lot can change. Yet, we continue to observe closely this process, hoping that the positive attitude enshrined in this document will be strengthened further in the final document of the Synod next year.

• This is truly a positive moment for the Church and the community of LGBTI Christians and their families. We thank God for enriching the Church with the gifts of the Holy Spirit and pray that the Church will continue to be renewed in light of the signs of the times. We remain confident that from this very positive opening in this Synod, the Church may become more of a welcoming family giving a safe space for all persons at the periphery so as to be the gem that they have always been for Christ and His Church.